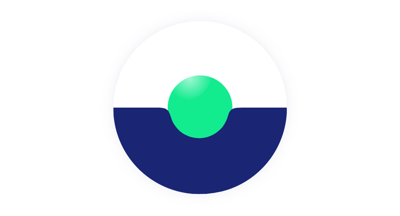 The advent of gene editing tools has enabled precise cellular modifications and has opened up new avenues to genetically reprogram T cells1,2,3,4. For many years researchers have taken advantage of viral vectors to deliver transgenes and reprogram T cells for therapeutic purposes. However, manufacturing and testing of viral vectors are known to be costly, lengthy and resource intensive. Furthermore, placing large stretches of DNA into T cells has proven to be challenging and is largely accounted by the toxicity accompanying the delivery of large linear double-stranded DNA templates at high concentrations5. This, however, does not appear to be the case for smaller single-stranded DNA sequences.5

In this study, Roth and his colleagues developed a remarkable non-viral CRISPR-based approach that enables fast, efficient, and targeted insertion of large DNA sequences (>1 kb) to reprogram immune T cells without compromising the viability or functionality of the cells.6

Recipe to deliver large stretches of DNA, in a targeted fashion, without the need for viruses

To their surprise, researchers noticed that temporarily permeabilizing T cells via electroporation to deliver CRISPR elements7,8 as well as a long linear dsDNA (> 1 kb) helps reducing toxicity6 , subsequently endowing the T cells with new powerful properties. Through countless of experiments, the scientists were able to optimize the ratios of T cells, DNA and CRISPR elements, to direct site-specific editing of T-cell genomes and insert large genetic DNA sequences via electrical field exposure.

To prove the robustness of their novel system, they decided to carry out two clinically relevant experiments.

First, they applied their strategy to correct pathogenic IL2RA mutations, which trigger a rare form of autoimmunity. By correcting this gene defect, they hoped to restore signaling function in T cells of children suffering from this monogenic autoimmune disorder. Their engineering promoted the restoration of normal instruction for a cell-surface receptor, IL-2α (IL2RA), thereby improving regulatory T cell signaling function.6

Second, they decided to replace native T cell receptors – in human primary T cells - with a new TCR to recognize a specific antigen and mount antitumor responses against human melanomas. Those T cells were collected from healthy human volunteers, customized, and expanded in-vitro. They subsequently tested their engineered T cells against cultured melanoma cell lines and in mice that were implanted with human melanoma tumors. Results showed that the “supercharged” T cells efficiently and specifically homed in on the tumor site and displayed anti-cancer activity.6

In these studies, TLA was used to validate the outcome of their genetic manipulations. In fact, TLA confirmed on-target integrations at the intended loci and our data showed no evidence of off-target integrations above the limit of detection of the assay (approximately 1% of alleles) with either a dsDNA or ssDNA HDR template in two healthy donors. Furthermore, it was observed that the frequency of one of the identified incorrect integrations at the targeted locus was reduced with a long ssDNA HDR template in two human blood donors.6

In conclusion, results derived from those preclinical experiments demonstrated the speed and versatility of their method to engineer primary human immune cells.6

The authors suggest that “multiplexed integration of large functional sequences at endogenous loci should allow combinations of coding and noncoding elements to be corrected, inserted, modified, and rearranged.”9,10 Therefore, this breakthrough could possibly rewire signaling circuits in human T cells for a wide range of human therapeutic applications.

Moreover, the authors claim that sidestepping the need for viral vectors in gene-editing should “speed both research and clinical applications of genome editing technologies, keep costs down, and potentially improve safety.”9,10 Ultimately, this elaborated non-viral CRISPR strategy can help to significantly speed up the next generation of immunotherapies.

Unique TLA insights for the QC of engineered immune cells

In downstream processing of gene and cell therapy products, TLA allows the complete targeted sequencing of transgenes. As such , our TLA-based solutions can help assess transgene integrity (via the detection of all sequence variants, be it SNVs and structural variants) as well as localize their insertion sites in the host genome.

Scientists often draw on our unique genetic QC assays to help them confirm whether their targeting was correct and to assess the specificity (i.e. efficiency and accuracy) of targeted integration events. Nevertheless, TLA can provide meaningful insights regardless if and on- or off-target strategy has been employed.

Given the burgeoning field of cell and gene therapy, we have the pleasure to witness a surge in the adoption of our TLA-based solutions for the robust, comprehensive and unbiased analytical QC of targeted gene editing (e.g. CAR-T and other engineered immune cells).

To learn more about the capabilities of TLA as well as the relevance of our analysis in cell and gene therapy application, please view our latest webinar: